Moderation in the Teachings of Islam 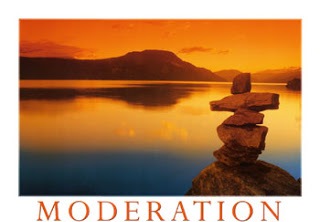 The kalam of Allah (Qur’an) is the most perfect because the Knowledge of Allah regarding conditions and circumstances is complete. He is the Possessor of choice, has control over everything and the One who makes everything effective. No attribute or condition overpowers Him. Thus, every law coming from Him will be perfect.

We learn from this that His kalam (Qur’an) and all His laws are free from extremism. This is exactly why it is compulsory for every human- being to subjugate himself to the Shari’a. The Shari’a carries within itself all benefits and wisdom.

Experience has proven to us that we become overwhelmed by difficult conditions. This makes it more necessary to follow the Shari’a of Allah so that we can preserve moderation.

Undoubtedly, there is tremendous moderation in the Shari’a.

Posted by Abu Hamza Deccani at 8:48 AM No comments:

Imam Ibn Taymiyyah’s Stance On The Usage Of Weak Ahaadith

Imam Ibn Taymiyyah’s Stance On The Usage Of Weak Ahaadith
Respected readers, what I would like to discuss here inshallah is an issue which causes a lot of controversy, that is the issue of usage of weak ahaadith. We have some people who go the extreme of saying that weak ahaadith should be rejected entirely.


I will state the obvious here, and mention that other that the sahihayn (Bukhari and Muslim) every other book of hadith, be it the sunan of Imam Tirmidhi, Imam Abu Dawud, Nasai, Ibn Majah, Bayhaqi, the mustadrak of Imam Haakim, musannaf of Imam ibn Abi shaybah and others all contain some weak as well as sahih ahaadith.

What we must understand is that there is a difference between a weak and a fabricated hadith but unfortunately and sadly we have certain ignorant people who don’t differentiate between the two.
They treat a weak hadith like a fabricated hadith and totally disregard it.

I am not saying for a second that fabricated ahaadith should be entertained, we all know the severity of attributing a lie to the messenger of Allah sallalaho alayhi wasallam who himself said ‘whoever attributes a lie to me has reserved his space in the fire of hell’ (Bukhari).

Some people who are even regarded as scholars have this attitude that weak ahaadith should not be used at all, and if this approach was adopted then the majority of the books of hadith would be rendered useless and only Bukhari and Muslim could be applied thus making life extremely difficult.

I will now present work from none other than imam Ibn Taymiyah RA from his famous book ‘al qaedah jaleelah fit tawassul wal waseelah.’ The reason I chose to use Ibn Taymiyah RA on this occasion is because those people today who like to reject weak ahaadith and condemn others for using them are those who use Ibn Taymiyah RA as a reference and would always accept any ruling of his without hesitation.

Ibn Taymiyya goes into a full chapter of discussion of this subject from here, Chapter 8 of “al-qaida al-jaleela fit-tawwasuli wal-waseela“, where he presents the views of the majority of the ‘ulama of Islam and he presents his own views of the subject. And here we will examine this in detail.

To continue, Ibn Taymiyya says, in para 478:
“and that is the action which is known to be lawful with a shari’ah evidence, and there has been narrated in its virtue hadith that is not known to be a lie, it is possible that the reward will be true and none of the Imams have said that it is permissible to consider something required [waajib] or recommended [mustahabb] by way of a weak hadith, and whoever said so differed from the consensus [ijma'a].”

So here we see that Ibn Taymiyah RA is explaining that if there is a hadith, even though it has not been judged to be authentic, if it encourages what is known as a good deed in Islamic shari’ah, something of virtue, a praiseworthy action, or idea, then it is fully acceptable to refer to such a hadith as an encouragement for that deed.

And here also, Ibn Taymiyah RA refers to the ijma’a, the consensus, which is a clear reference to the concept of ijma’a of scholars of Islam as being a fully accepted concept and one which *he* accepts. And this is a clear proof that Ibn Taymiyah RA, though he considered himself a mujtahid mutlaq, capable of independent reasoning, nevertheless depended on the consensus [ijma'a] of scholars as a proof for the opinions he considered acceptable. And this is the position of Ahl as-Sunnah wal-Jama’at.

So from this we see that Ibn Taymiyah RA is using the weak hadith [ahadith da'eef], to discourage people from doing an evil deed, as long as this deed is known to be forbidden in the shari’ah. If the deed is forbidden in the shari’ah, it is acceptable to use a hadith whose authenticity is unknown, as long as the hadith is known not to have been an actual lie. This principle is acceptable, in anything that it is known that Allah expressed its forbiddance.

Ibn Taymiyah RA continues to explain this concept in para 480:
“This is like the [situation] of the Isra’iliyyaat [stories related by the Jews]. It is permissible to be narrated as long as we know that it is not a lie, for encouraging or discouraging in what we know that Allah has ordered in our law [shar'] or forbade in our law [shar'].”

Here we see that Ibn Taymiyah RA is not only accepting that the weak are acceptable in the case of encouraging good deeds and discouraging evil ones, but he is showing clearly that he accepted the use of Isra’iliyyaat, stories related from the Jews, which many Salafis reject today as unacceptable. And this is verified in the hadith of the Prophet (saws), “narrate from the hadith of Bani Isra’il and there is no harm in doing it.” (Bukhari)

So respected brothers and sisters, we see from the above evidences that Imam Ibn Taymiyah RA himself accepted the usage of weak ahaadith.