by- IMAM Abdullah Alawi AL-HADDAD in 'Gifts for the seeker'.

The need for asking questions: 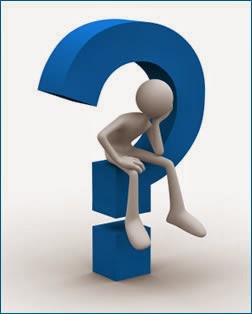 "Know that to put a question whenever a need or a problem arises and to seek further knowledge and insight is the  practice and custom of the elite of every time and place. It is deemed obligatory where obligatory knowledge is concerned, and a virtue in the case of supererogatory knowledge.


For questions are the keys to the sciences and the secrets of the Unseen which some people carry in their hearts and breasts.

Just as valuables and goods kept within locked houses can be reached only by using keys fashioned of iron or wood, so too are these Uloom (sciences) and Irfaan (gnoses), borne by Ulema (scholars) and A'rifeen (gnostics), to be reached only by questions fashioned out of the wish to profit, and accompanied by sincerity, enthusiasm, and A'dab(courteous manners).

'Encouragement of Asking questions' by Quran, Hadith, Sahaba and Salaf:

Questioning is encouraged and enjoined by the Sharia, for God the Exalted has said: "Ask those who recite the Book before you", [10:94] and "Ask the people of remembrance if you do not know; with the clear signs and the Scriptures."  [16:43-4]
And the Messenger of God, may blessings and peace be upon him, has said: 'A good question is [already] half of knowledge.'

The intention of every leading scholar or Imam who has ever informed others of the breadth of his knowledge was that this should be known about him so that people might ask and seek it from him. This was related in the case of Ali, may God ennoble his face, Ibn Masud, Ibn 'Abbas, Ibn 'Umar, Abu Hurayra  and others among our [early] predecessors (Salaf) and those who came later, may God be pleased with them all.

And there were other scholars, such as 'Urwa ibn al-Zubayr, al-Hasan al-Basri and Qatada, who likewise encouraged people to put questions to them.
Sufyan al-Thawri immediately left any town he entered when none of its people asked him for knowledge, saying: 'This is a town where knowledge dies'.
Whenever al-Shibli, [May God have mercy on him] sat in his [teaching] circle and no questions were put forth to him, he would recite: 'And the word shall fall upon them because of their wrongdoing; they do not speak.' [27:85]

Questioning to assess other's knowledge so as to teach him:

A scholar may sometimes question his companions (students) to assess their knowledge and so be able to benefit them.
It has been related in a sound hadith that the Messenger of God, may blessings and peace be upon him, once asked a group of his Companions about a tree the leaves of which did not fall and which resembled the believer. None of those present answered, so he informed them, may blessings and peace be upon him, that it was the date-palm. Ibn 'Umar was there, and had recognised it, but kept his silence; when subsequently he informed his father the latter blamed him for his silence.

Umar, may God be pleased with him, often questioned his companions, and whenever one of them replied, 'God knows best,' he would become angry, and declare: 'I did not ask you about God's knowledge, but about yours: either say "I know" or "I know not"!'

Questioning for the benefit of the observers:

A scholar may question one of his companions about something which he already knows, so that others present may benefit. Such, for example, were the questions put to the Messenger of God, may blessings and peace be upon him, by Gabriel, peace be upon him, concerning Islam, iman and Ihsan. (related in Sahih Muslim)

Taking knowledge from someone Inferior in rank to oneself:


A lesser man may for subtle reasons be in possession of a particular item of knowledge unknown to a superior one, and the latter may thus need to ask him about it. An example of this is 'Umar's questioning of Hudhayfa, may God be pleased with them, about [future] tribulations, and about the hypocrites.

Asking someone equal in knowledge to check if he agrees:

A scholar may ask his equal, or one who is nearly so, about the way he has understood certain things in God's Book and the Sunna of His Messenger, may blessings and peace be upon him, to see whether they share the same opinion, which will serve to confirm or strengthen it. This again resembles the practice of 'Umar, may God be pleased with him, who asked a group of the Companions about a particular interpretation of the verse When support comes from God, and victory, [11O:1] and only Ibn 'Abbas agreed with him, may God be pleased with them both.

Many such things occurred with great men, in both the early and later [generations]. As for 'Umar's question to 'Ali, may God be pleased with them both, the purpose behind it was to learn from him, since 'Ali was granted a privilege shared by no other Companion, which was to be the 'Gate to the City of Knowledge'-the city being the Messenger himself, may blessings and peace be upon him. [related by Hakim, Tabrani and Ibn Adi]

Why the Sahaba were discouraged from asking questions?

As for the order given by the Messenger of God to his Companions not to ask him too many questions, this prohibition, although stated in general terms, was particularly directed at questions concerning legal judgements, retaliatory punishments [qisaas] or hudud and public affairs.

This was out of compassion for the Ummah, and out of the merciful wish that they should not be charged with something they would be unable to implement.
The evidence to support this is His saying, "0 you who believe! Inquire not after things which, if they were discovered to you, would vex you, yet if you question concerning them when the Qur'an is being sent down, they will be made clear to you. God has effaced those things for God is Forgiving, Forbearing. A people before you questioned concerning them, then disbelieved in them". [5:101-2]

And there is also the saying of the Messenger of God, may blessings and peace be upon him: 'God has made certain obligations incumbent upon you; so neglect them not. He has drawn limits; therefore violate them not. He has prohibited certain things, therefore commit them not. And He has remained silent concerning certain things-out of mercy for you, not out of forgetfulness-therefore do not inquire about them.'

And in another hadith: 'Those who came before you were destroyed by their great inquisitiveness and their arguments about [what was brought to them by] their Prophets.'
A man once asked the Messenger of God, upon whom be blessings and peace, whether the Pilgrimage [hajj] was a yearly obligation, and the Prophet kept his silence. When he repeated his question, he replied: 'Once in a lifetime; and had I said "Yes!" it would have become obligatory for you, and you would have been unable to comply.'

A disciple who asks his shaykh (mentor) a question, or a student who asks his teacher, should have no other aim but to benefit, and should beware of wanting to test him, for that may lead to his deprivation and failure.

Questioning about things beyond one's level of comprehension:

A shaykh or a scholar is like a compassionate father and a gentle tutor; he speaks in such a manner as to be of benefit and profit.

When a disciple or student asks a shaykh or a scholar about something the knowledge of which may be harmful or beyond his understanding, then the latter should stop and ponder; they are to inform the questioner of his lack of qualification (or ability to understand the matter) only if their assessment of him is that [such a response] will not break his heart, and be religiously damaging to him, or that no aversion will arise in his soul which would deflect him from his quest; otherwise they should stoop in their answer to his level of knowledge and understanding.

Questioning those who are not one's students to test them:


It may be permissible for a man to question another with the intention of testing him in two situations.

The first is when a scholar, compassionate and of good counsel, sees a man so deeply under the sway of self-admiration that he is prevented from seeking knowledge, or from adding to the knowledge which he already has, or from acknowledging the merits of the virtuous; he may then question him-preferably in private--to test and try him, so that this man may know his real worth, this being a form of counsel (nasihah) to him.

The second is when one sees a hypocrite speaking assertively, and threatening to confuse weak believers by introducing into religion things which do not belong to it; he may then question him in their presence to test him and demonstrate to them his failings and his ignorance.
While doing so, his intention should be to counsel and warn him about his faults, in the hope that he will return to a fairer judgement and submit to the truth.
It is this that has drawn the scholars, may God be pleased with them, into debates with those who innovate, deviate or falsify the truth.

The sin of withholding knowledge from others:

Whenever a scholar is asked for information which he ought to be teaching, it is not permissible for him to keep silent, for the Prophet has said (upon him be blessings and peace): 'On the Day of Rising, God will garb in a bridle of fire the man who withholds knowledge that is requested of him.'  [Abu Dawud, Tirmidhi, Sahih Ibn Hibban, Ibn Majah]

The scholars of the present time must not keep their knowledge to themselves and wait for someone to come along and ask, for most people today are complacent about religion, uninterested in knowledge and in anything else that will benefit them in the hereafter, to the extent that a man's beard may grow white and he still knows nothing of the obligatory parts (Faraidh) of the ritual ablution and prayer, or what is mandatory for him to know by way of belief in God, His Angels, Books, Messengers and the Last Day. The very states of such people mutely proclaim their ignorance; and for scholars endowed with understanding, that is sufficient to be a question.

A seeker travelling to God, whose sole aim is to acquire knowledge of Him, and whose wish is to rid himself of anything that may distract him from going to Him, should never ask for knowledge unless it is necessary in his [own particular] state and time. However, in this blessed time of ours, such a seeker is stranger than the Phoenix and rarer than the philosopher's stone. So let each man be prolific in his questioning after knowledge, so as to profit and grow, for a believer is never satisfied with good things. In a hadith it is said: 'Two [kinds of] people can never get enough: those who are avid for knowledge, and those who are avid for money.'
The proof for what we have just said about the seeker is what is related about Dawud al-Ta'i, may God's mercy be upon him. When he decided to devote himself to God he began by sitting with the scholars: he thus kept the company of Imam Abu Hanifa, may God's mercy be upon him, for nearly a year. Sometimes, when a question arose [in his mind] which he was, in his own words: 'more eager to know than a thirsting man is eager for cool water,' he refrained from asking about it, the reason being, as we said earlier, that a seeker is only to ask about that which is a necessity for him.
Posted by Abu Hamza Deccani at 12:26 PM No comments: